I wasn’t really aware of how Steam worked before installing it on my mac the other day. I know, I know, for someone who is pretty much a tech/game junkie I was a slow learner this time around. Woo-woo, all aboard the slow train!

Anyway: I installed Steam belatedly and missed the free Portal offer. Pretty much butt ugly, like an Adobe Air app. I checked around and found to my surprise that a whole slew of games were suddenly available for mac for the first time ever. And not too expensive either. 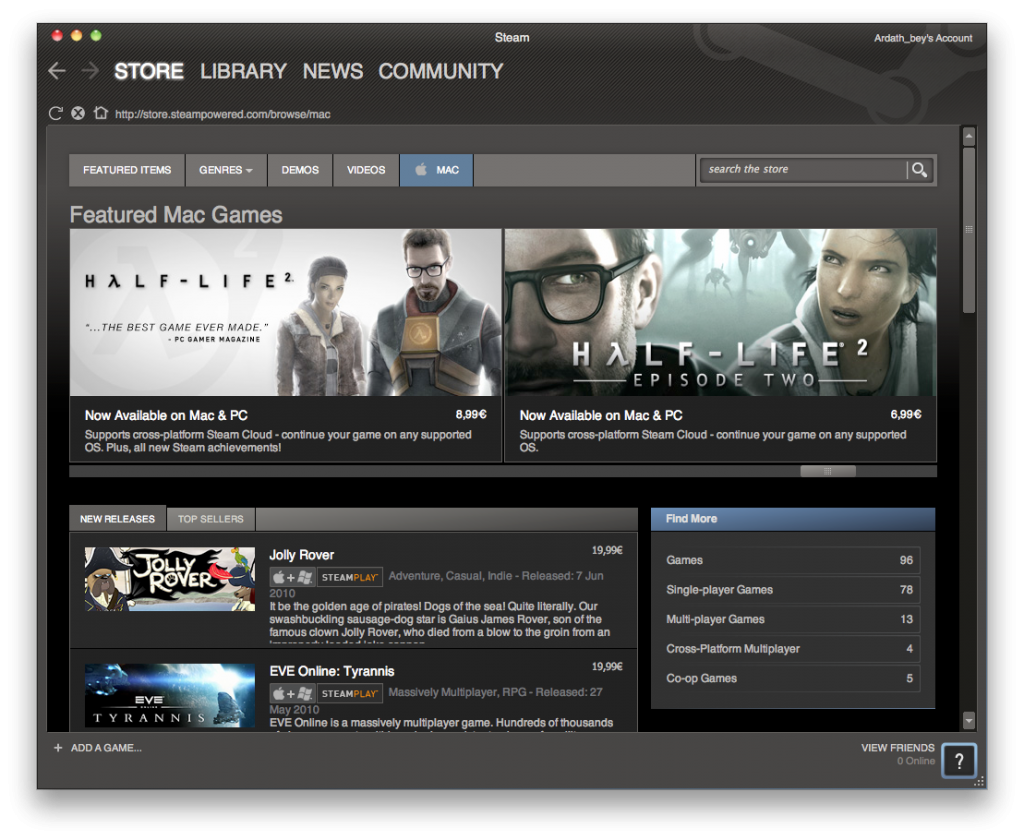 I found a wee game named Torchlight, which had a couple of really positive reviews. Runic Games, makers of the game, has an impressive roster of ex-Blizzard North employees, such as Matt Uelmen, who wrote the original Diablo 1 & 2 music. The connection between thought and buy button was exemplary. Boom! 14 euro and 10 minutes or so later the game was installed.

Game launched. Game played for some hours. Positive experience. Bit simple. Why is that nowadays normal mode what I used to call baby mode? I’m not an expert, for chrissakes, I’m a beginner even, but give me something to bite into. This is not only about Torchlight, but recent games from Bioware, like Mass Effect 2 and Dragon Age: Origins. When played at normal, boss fights are so undertuned it makes me cry.

Anyway, nice & relaxing – though simple – my first thoughts on Steam was “EASY TO BUY”. Why did it take this long for game developers to make sales easy? And why did it take them this long to see that mac will generate lots of extra income? It’s dangerous of course – in a similar way, Paypal buttons makes the way from thought to buy so dangerously short there’s a real risk of overspending. Especially since it’s so easy to do when slightly drunk/tired/shamed.

Then today I realized another thing that I hadn’t thought about: when I install and log into steam on another computer, the game is downloaded and IN SYNC with the game I just played at home. Teh awesome! This is the way things should be: you buy something, you should be allowed to use it on your other devices. And keeping the games in sync is a great touch. This is how I hope iBooks for iPhone/iPad will work in the future: open the “book” where ever and it opens where you left off. Grant my boon and call me a your slave!